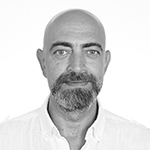 Mr. Doven has many years of experience in Social Compliance Auditing and Operations. He was responsible for running the UL Turkey Responsible Sourcing division office since 2001.  He has conducted more than 1500 audits since being hired, in more than 50 countries.

He has taken Communication Skills training in Atlanta in 2006; Reap Consultation Training of UNIDO in 2007; Fair Labor Association Approved Auditor Training in Bulgaria in 2007; SA 8000 Lead auditor training in Thailand in 2003; SA 8000 Lead Auditor Course in Bangladesh in 2006, in Turkey in 2009 & 2014, in US in 2011; IFC Training in Moscow in 2009; environmental training in the UK in 2010 and ISO 9001:2008 Lead Auditor training in 2011. He worked with a major UK client to establish their assessment & consultation system worldwide. He has taken part in International JOIN project as Lead Assessor in 2007. He also shadowed SA 8000 audits for quality assessments of auditors and certified factories in India in 2012.

Besides auditing, Mr. Doven had the responsibility of running the Turkey office, operations, trip planning, scheduling audits, client meetings, and giving seminars on behalf of the International clients, assisting the R&D department in updating Turkey Law Profile and managing budgets and P&L’s for Turkey. Besides providing freelance auditing service and seminars; Mr. Doven also provided assistance for Fair Wage Network and several international brands to set their Due Diligence & Remedial Action Plans at their suppliers.